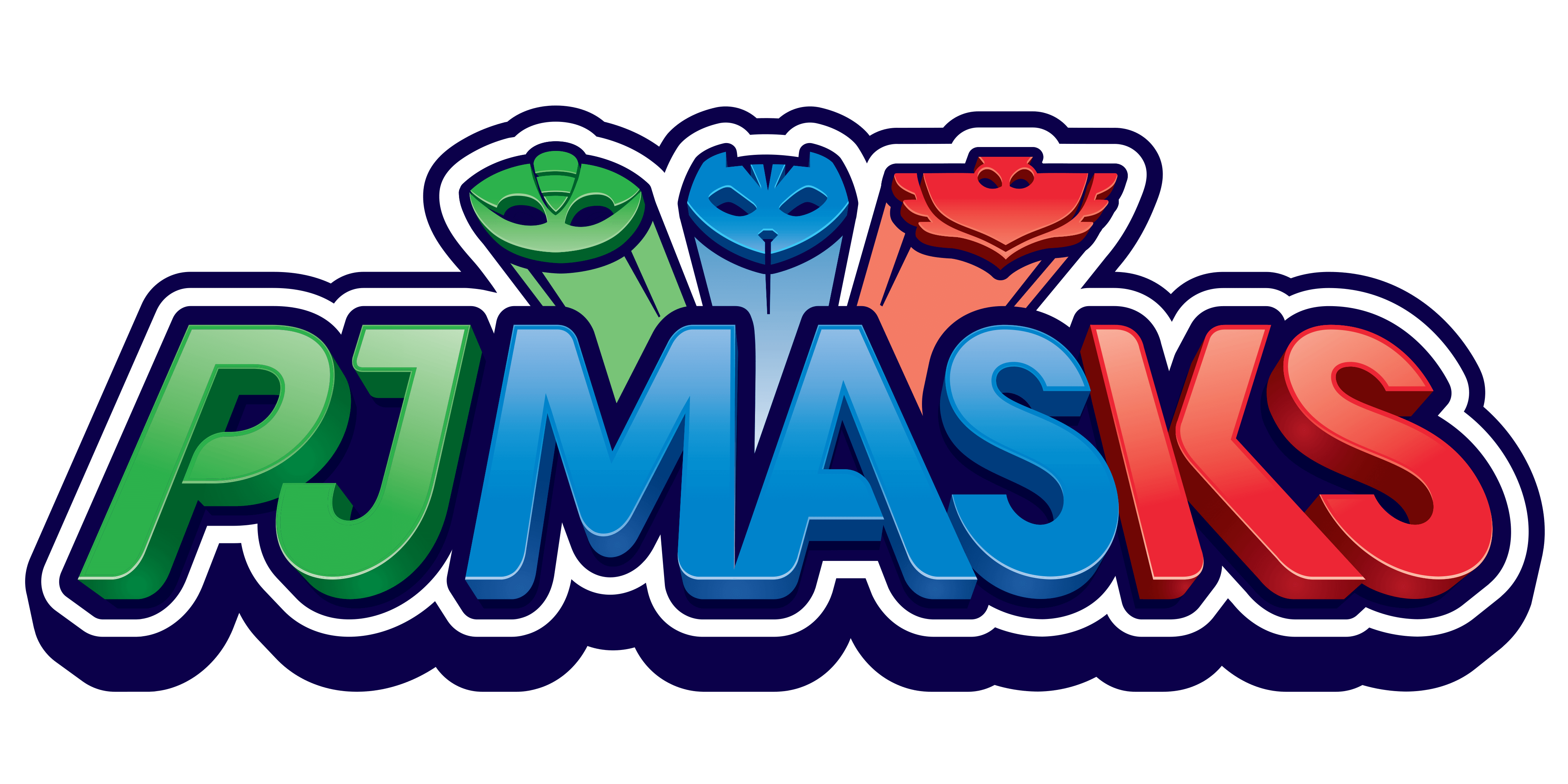 Book Pyjamasheltene for event and party

The pyjama heroes have a plan: they're going to your event to save the day!

Book a Pyjama Heroes show and see the super-popular superheroes in a show with both dancing and singing. The 3 popular characters known from TV (e.g. DR Ramasjang and Disneyplus)

Catboy, Ugline and Gekko take the stage with a 4th friend,

who ties the show together as emcee.

What does it really take to be a real hero?

The audience is invited to join the hero training and the children actively participate in the show,

when the superpowers of the pyjama heroes are put to the test.

But hey?! The friendship meter is broken!

Could it be one of the sinister villains Romeo, the Moon Girl or the Night Ninja,

who's been at it again to ruin the day?

How does such a villain think anyway?

Jump into the heads of the various villains

and see who's causing the trouble.

Superpowers or not, you should never give up.

There is a hero hidden in all of us.

The Pyjama Heroes stage show can be booked for both events and parties and lasts approximately 25 minutes.

After the show, the Pajama Heroes will be on hand for a 30-minute Meet'n Greet,

where it is possible to meet the popular characters and have your picture taken. 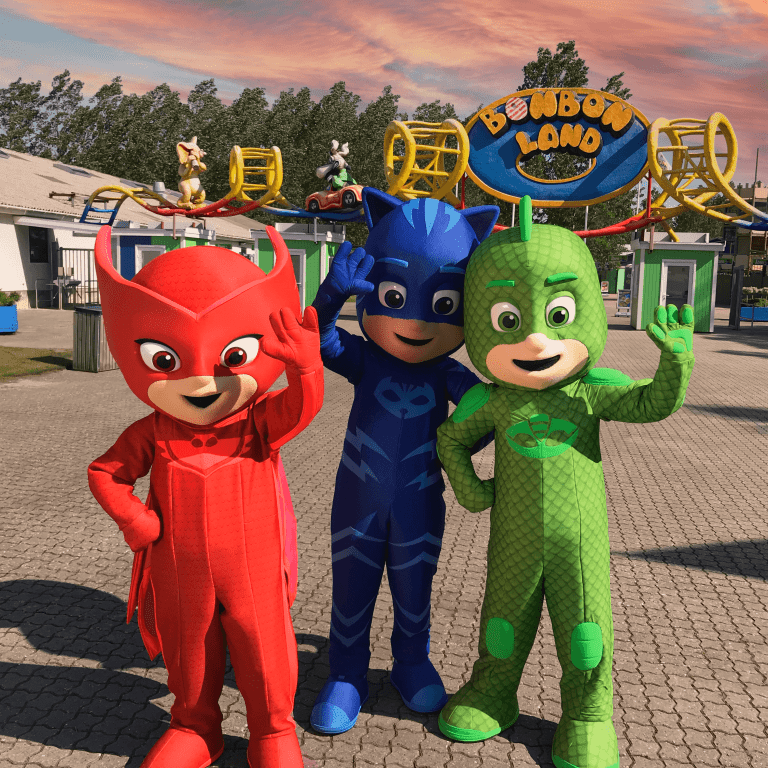 The pyjama heroes can also be booked for Meet'n Greet (meet and hug) without a show.

Meet'n Greet are ideal places with less space, where the popular heroes known from TV come and greet the children. Cat Boy, Ugline, Gekko and their 4th friend will be an integral part of your event/party, posing for photos so kids can perpetuate the meeting with the heroes.

Our trained staff ensures a perfect execution and provides,

that your audience gets the optimal experience.

The set-up includes a total event with great backdrops for the photo session,

music and 4 people for the performance.

We look forward to entertaining you with one of our most popular shows for children! 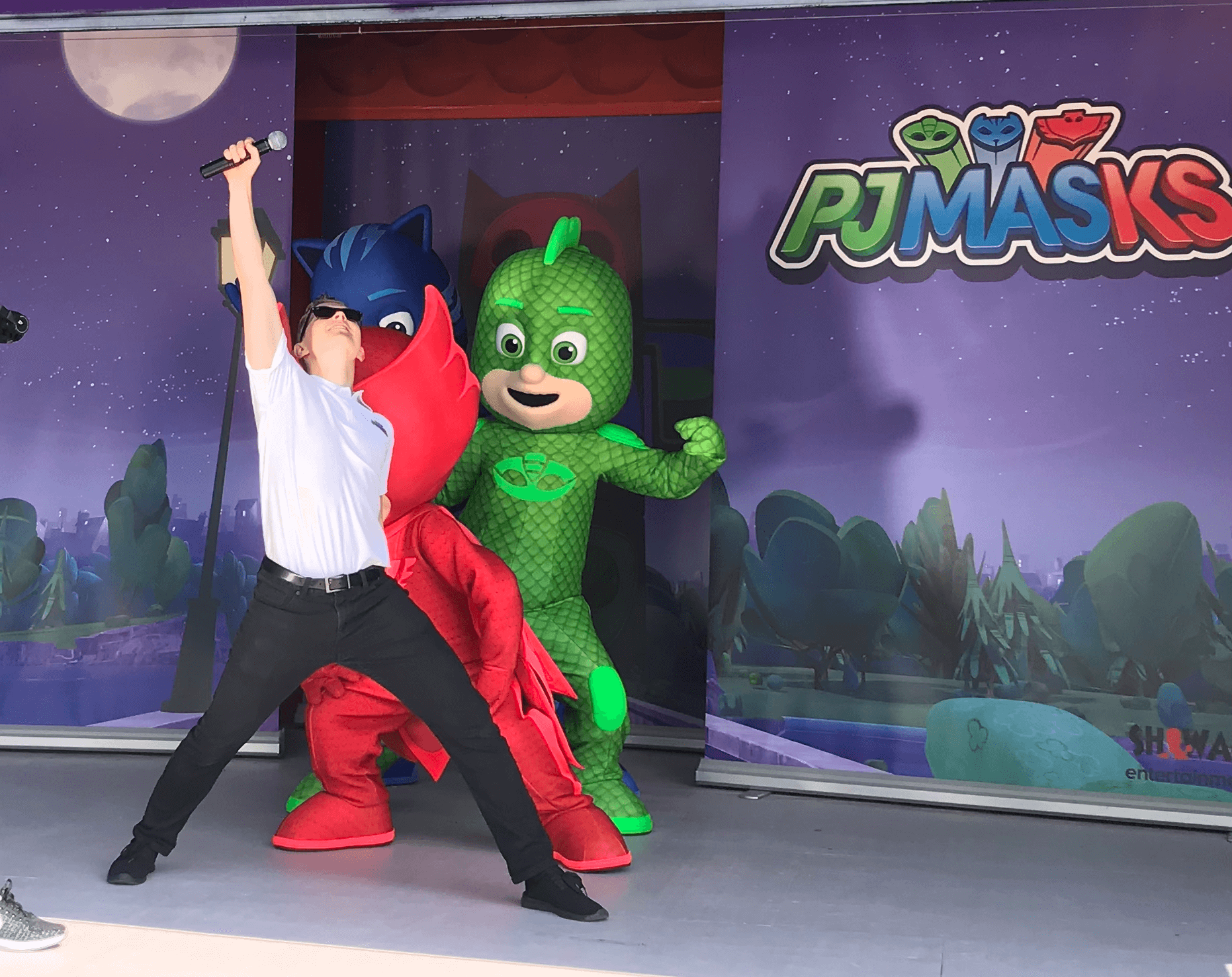 Experience the Pyjama Heroes in Denmark

The 3 celebrities from Pyjamasheltene have their very own Danish stage show. Full blast of high class dancing and live singing from the cool performer. The whole show is in Danish and features the original Danish voices from the cartoons on Ramasjang and Disney+.

contact us today for a no obligation quote. We look forward to hearing from you.

The pajama heroes are known from 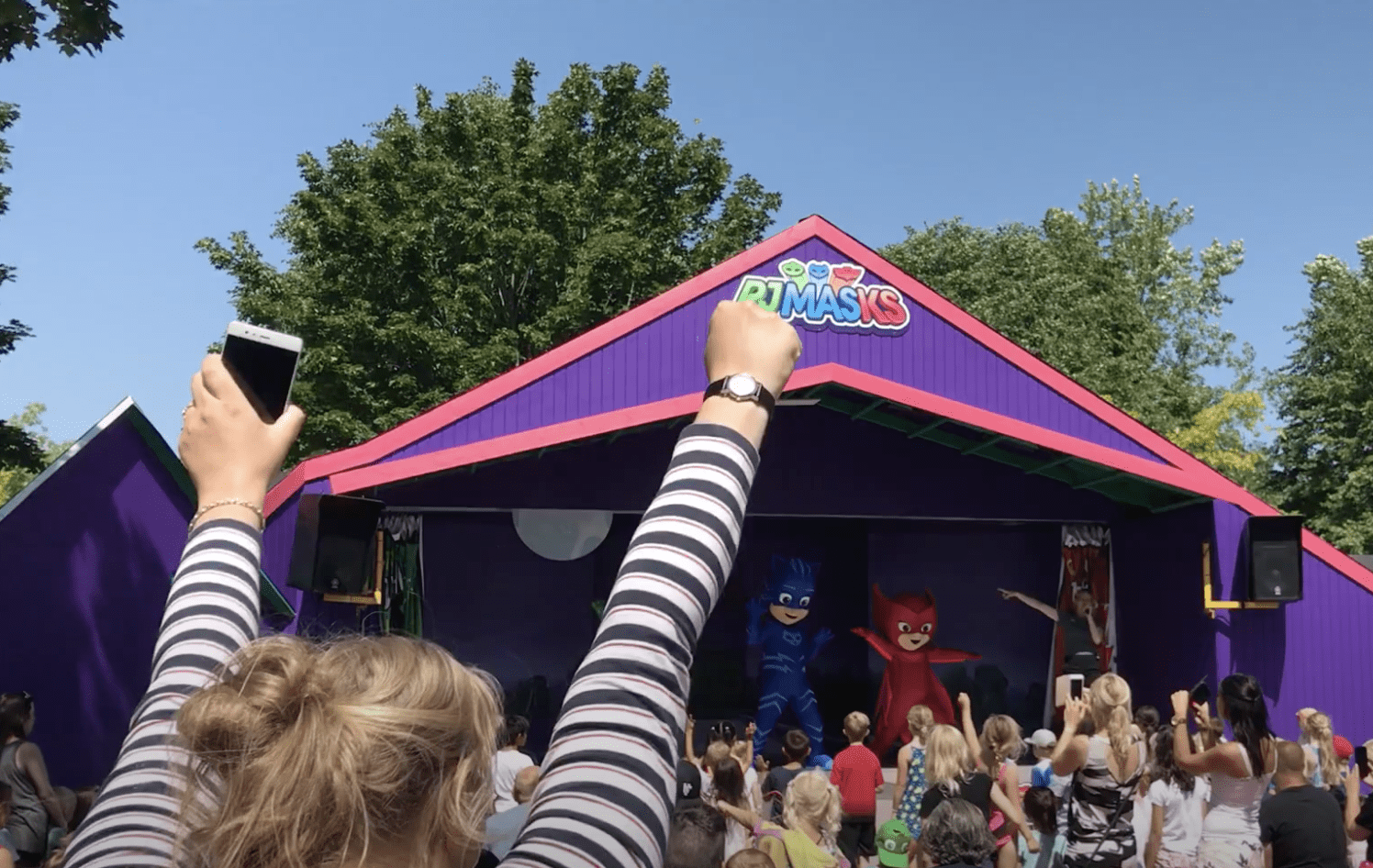 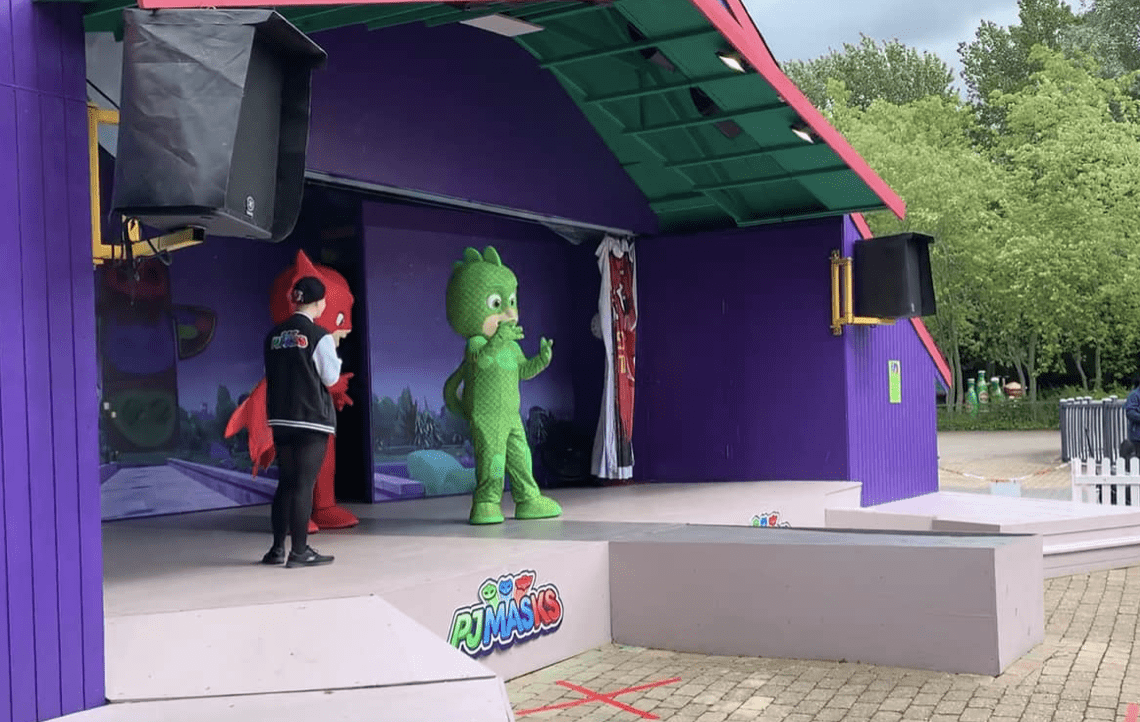 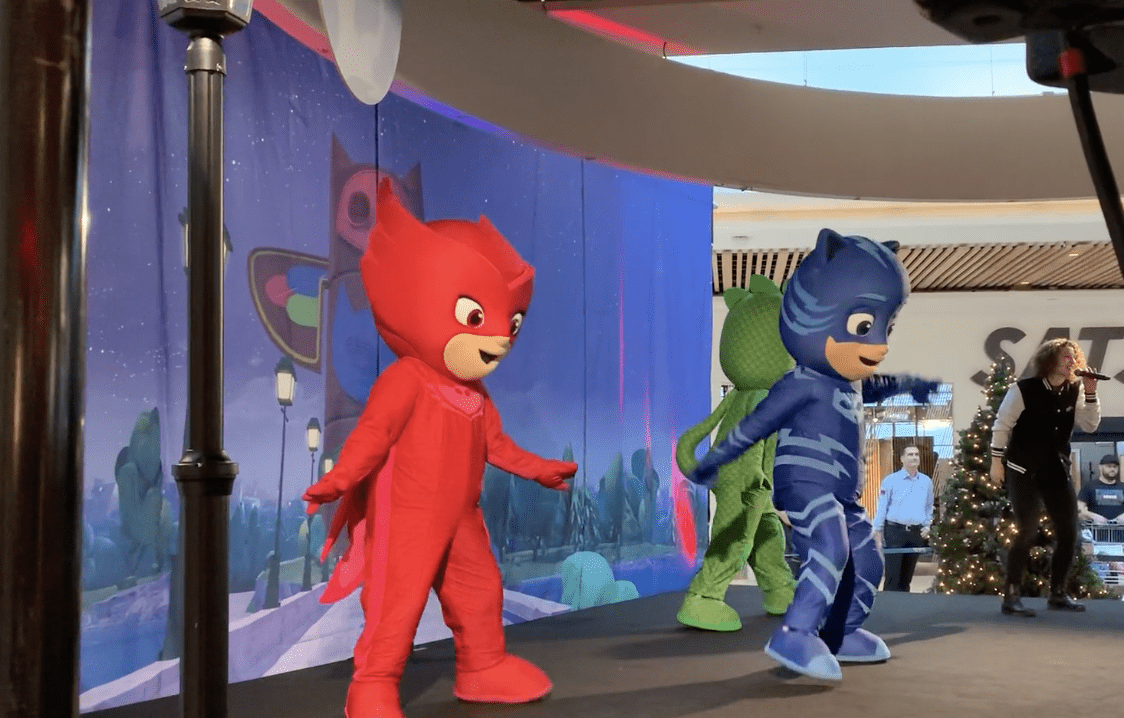 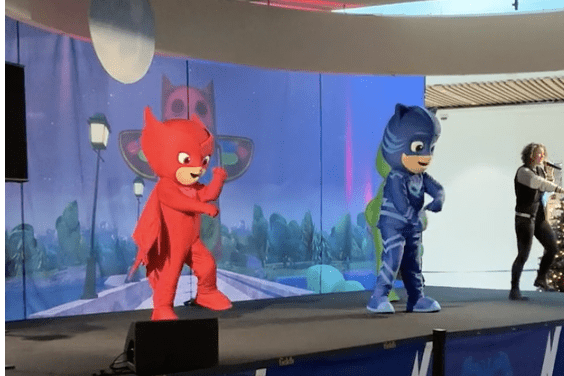 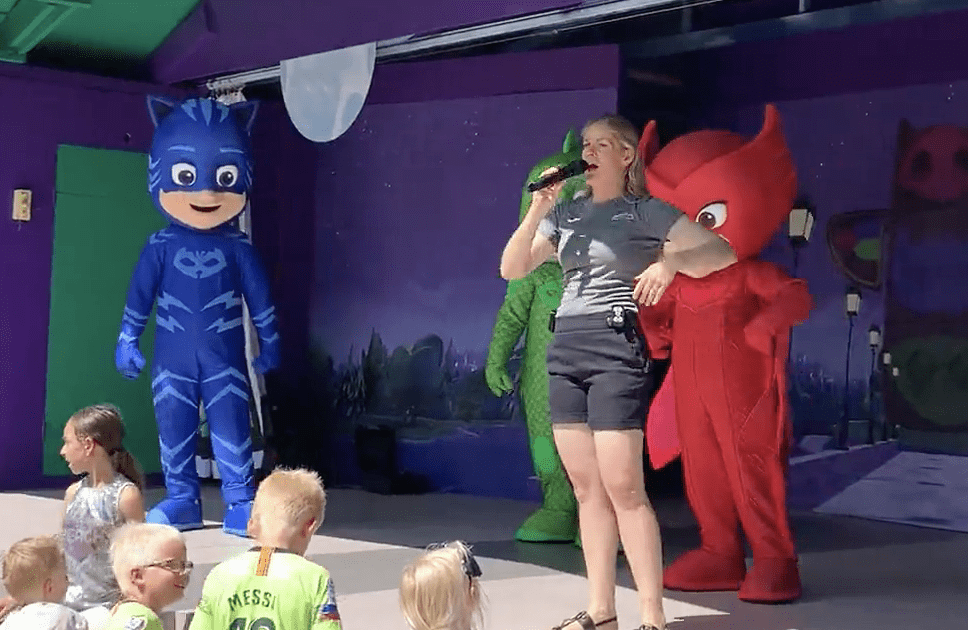 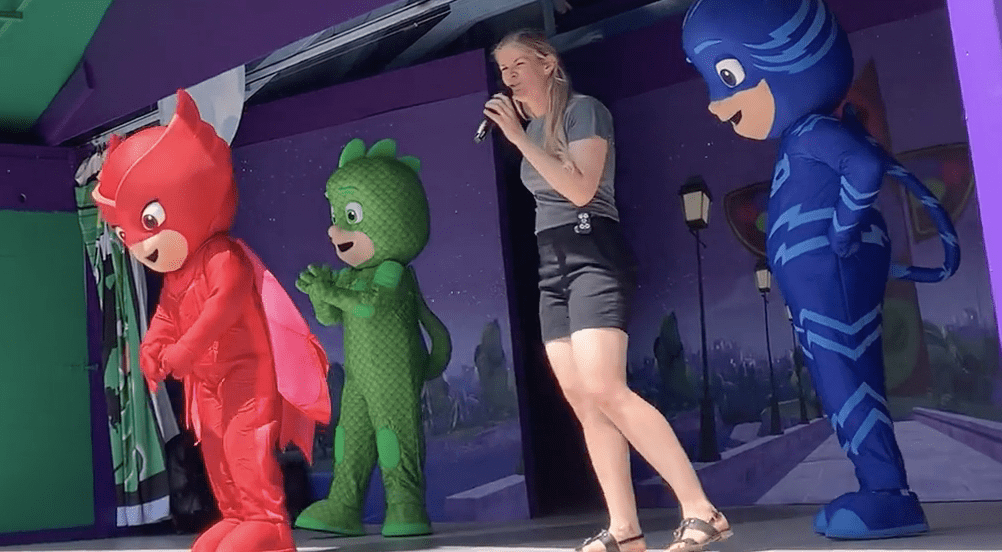 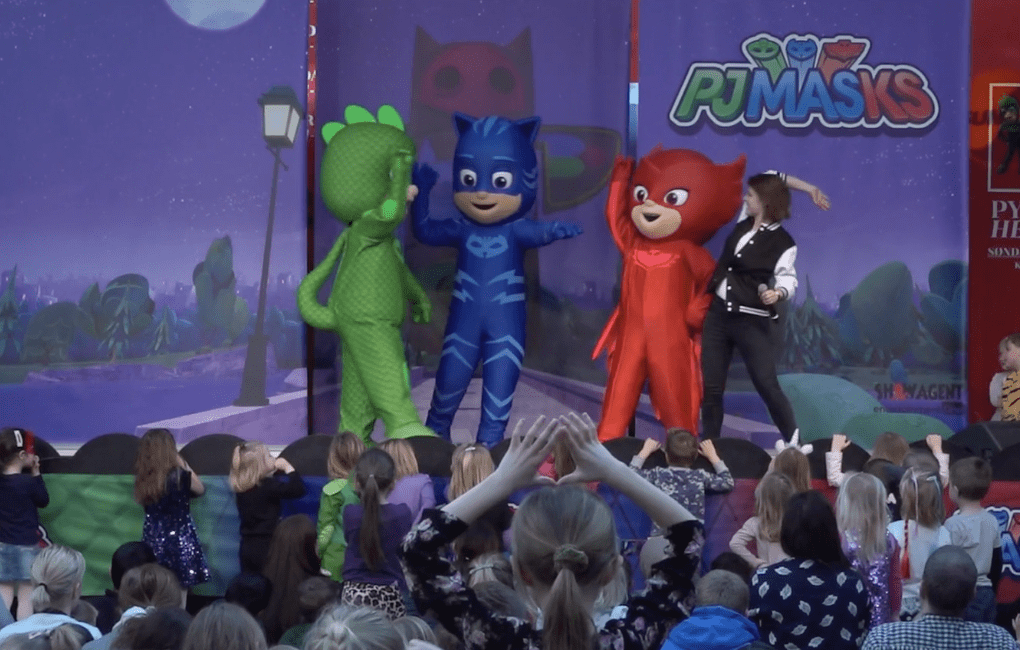 Rasmus Klump show - All of Denmark

On tour with Baby Shark - show

What are the Pajama Heroes?

in collaboration with France Télévisions and Disney Junior.

The series is based on the book series "Les Pyjamasques" by Romuald Racioppo.

The series is about 3 friends, Oscar, Amanda and Jens, who are ordinary children by day, but fight evil as the trio of heroes "The Pyjama Heroes" by night.

When night falls, their animal charms are activated, giving them super powers!

Kittens can move with tremendous speed,

Gekko can climb walls and has supernatural strength,

and Ugline has the ability to fly and can see extraordinary distances.

(Romeo, The Moon Girl, Night Ninja and others) have been at play,

and before they go out to fight for justice, we hear their constant motto:

"Pajama heroes, we have a plan: out into the night to save the day!"

and together they fight shady villains and make sure they don't ruin your day!

The TV series is from 2015 and became incredibly popular in Denmark and the rest of the world because of the cool, charming and sympathetic main characters in their fun and exciting hero universe.

If you want to watch The Pyjama Heroes in English, you can do so on Disney+

The series is shown on DR Ramasjang and on Disney Plus with Danish voices by:

See the other Danish voices from the TV series here:

Do you have questions about the Pajama Heroes? 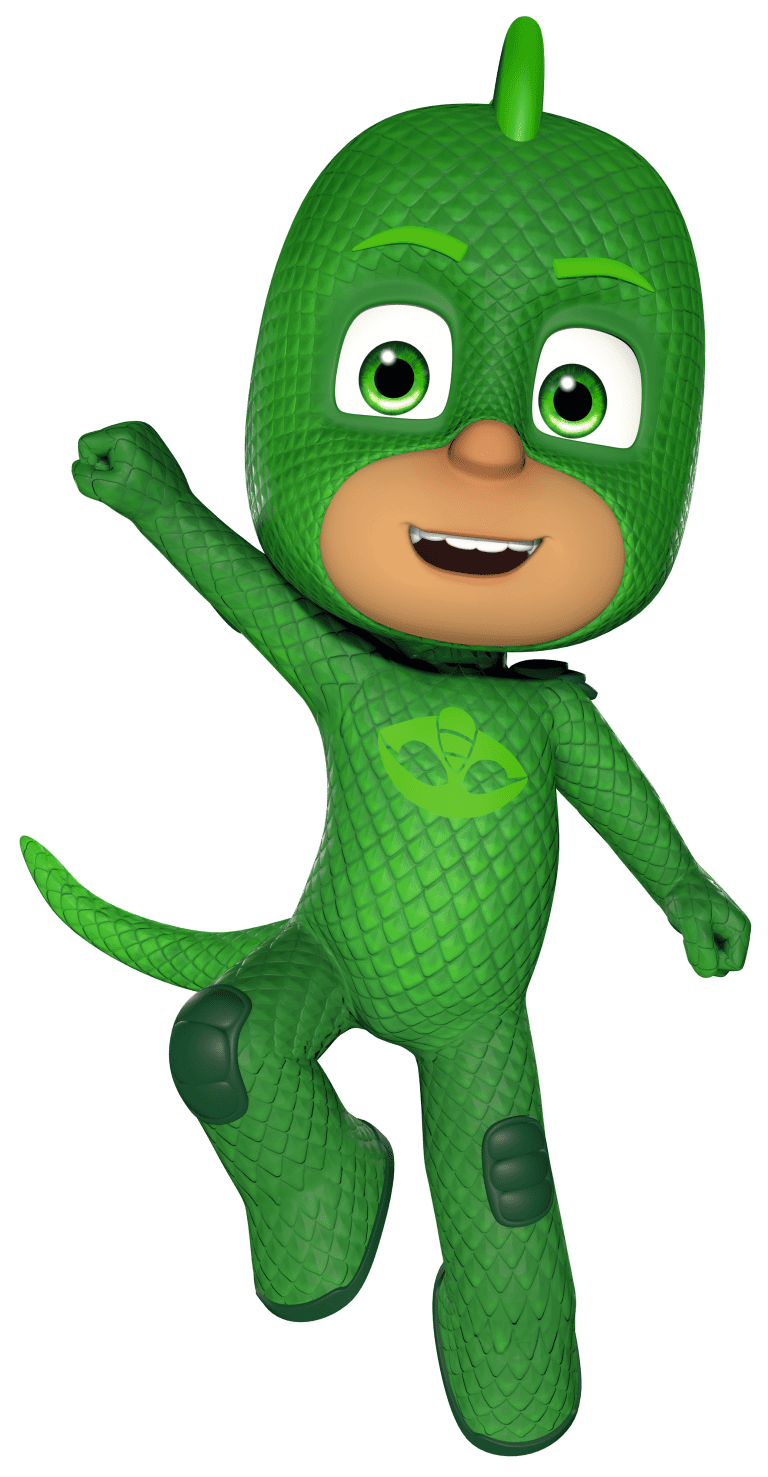 Showet
The show is about three children aged 6 who are normal school children during the day but turn into superheroes at night. When Amanda, Jens and Oscar put on their pyjamas they transform into superheroes Ugline, Gecko and Cat Boy. When we meet the Pyjama Heroes in the show they are already in their superhero costumes and together with the emcee they talk and sing about their superpowers and what it takes to be a superhero. The show is built around speech, song and dance and has no "special effects" in the form of lights or other effects. There are therefore no requirements for smoke alarms to be switched off or for sensitive people to be warned.
Facts
- The show; lasts 25 minutes. - Meet&greet; lasts 30 minutes and is no earlier than 1 hour after show start. There should be 20 min. break where the costume wearer is completely out of costume. - Cast; there are 3 costume wearers and 1 emcee in the show, 4 people in total. - Speech show; the lines of the costume bearers are recorded and the emcee speaks and sings live. - Stage decoration; 3 roll-ups of 2 metres each are provided (as backdrop), as well as a stage skirt.
Special provisions
- The stage; must be robust and minimum 6x4 meters, as well as covered for outdoor events. - Backstage: dressing rooms must be provided for the performers. Changing rooms must be close to the stage, in dry and clean rooms, with or close to toilet facilities. There must be sufficient space for the performers to enter and leave the room and to remain in the room with all their costumes on at the same time. Tables and chairs shall be provided for the performers. There must be no access from the audience to the dressing room; the performers must have full access to the premises during the time of the performance. - The height; from stage floor to ceiling shall not be less than 2.5 metres. - Stairs; if the stage is more than 40cm high, a staircase with handrail must be provided on the side of the stage. - Electricity; 230V electricity must be available at the stage. - Sound; the organiser provides a sound system with technician, front, monitor, 1 x handheld microphone, and minijack on stage. Sound system must be provided for both show and meet&greet. Artist provides music player. - Guards; Organiser provides 2 guards for show and meet&greet.
Other
If you have any questions, please feel free to call us

Listen to the Danish intro to Pyjamasheltene HERE and sing along!

In the darkest night

These three will save the day'

Who are the heroes now on the case'?

The pyjama heroes are on the case

The pyjama heroes save the day

we go to war when

for the small hours

(I don't have anything that rhymes?!)

The pyjama heroes are on the case

The pyjama heroes save the day

In collaboration with Hasbro

There is no doubt that Pajama Heroes is one of the biggest children's brands.

However, if you would like to buy the Pyjama Heroes books, they are available from GUCCA.

and everything else you could want as a dedicated Pyjama Heroes fan.

Do the kids want to colour in drawings of the Pyjama Heroes,

there are also pages with Pyjama Heroes drawings to print and colour HERE.

Want to know more about the Pajama Heroes show or event?